This morning I visited the Reichstag building at 8:00 AM. It’s free, but you have to make an appointment, and the only remaining choices while I was here were early morning and late night. 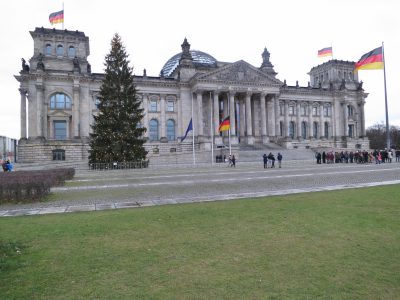 The appointment was just for the dome, which was added in 1999. You get a recorded audio guide in your preferred language and wind your way slowly to the top, then back down again. It’s open at the top and bottom for air circulation, and the mirrors adjust to provide natural light to the parliamentary chambers below. 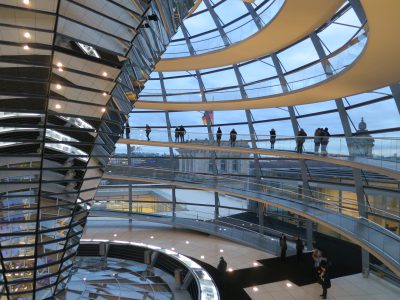 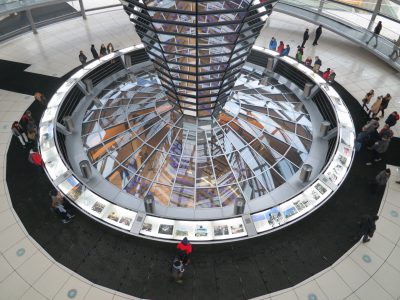 Looking Down on Parliament

I had forgotten that Christo wrapped the building in 1995. 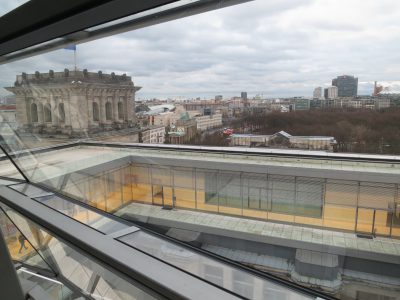