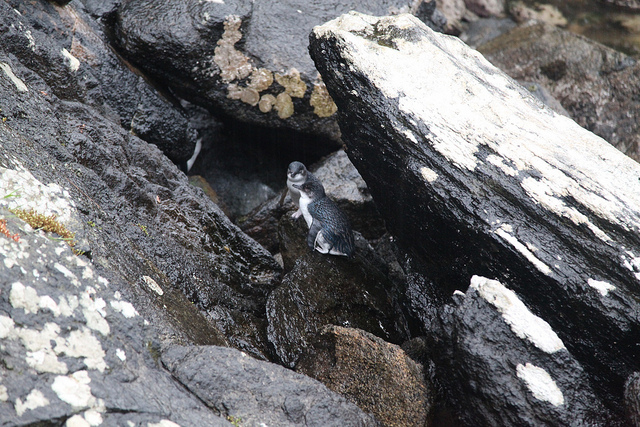 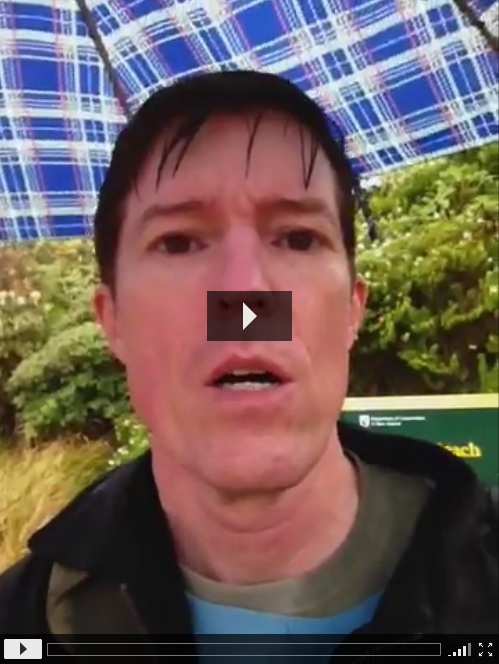 After mostly failing to see birds on Ulva Island, I came back to find numerous parrots outside my motel room. This one nibbled on my fingers and toes hoping for something to eat.

The parrot has the unfortunate name of kākā, although I don’t think it does any more than other birds. It makes a pleasant warbly splalking noise. 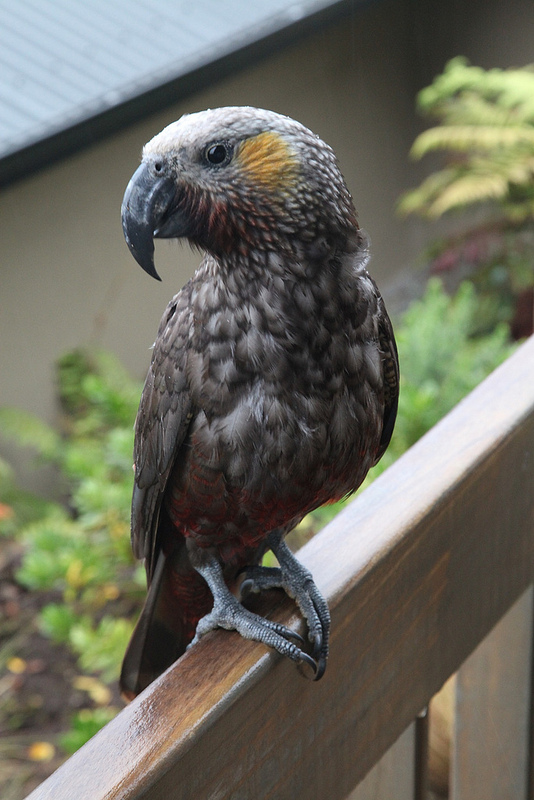 Just returned from Ulva Island, which is supposed to be rife with birds, including about 10,000 kiwi. It probably is, but you’d never know it. I saw one kākā, two kererū, one tōrea, and a few tūī. Zero kiwi. I might as well have been looking for moa. In fact, I’d probably have an easier time with moa. They may be extinct, but at ten feet tall, they’d be a lot easier to spot.

Ulva island looks like primeval forest, but it’s a reconstructed primevality. They killed all the rats about 15 years ago, and there’s an ongoing process of reintroducing native plants and critters. Very impressively maintained, especially for a place so remote. 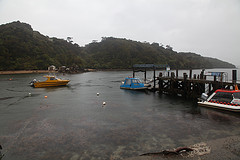 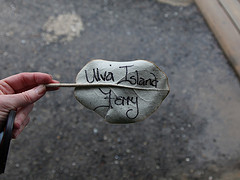 The ferry ticket is written on a puheretaiko leaf. The leaves are sturdy enough that they were used as postcards up to the 1970s. 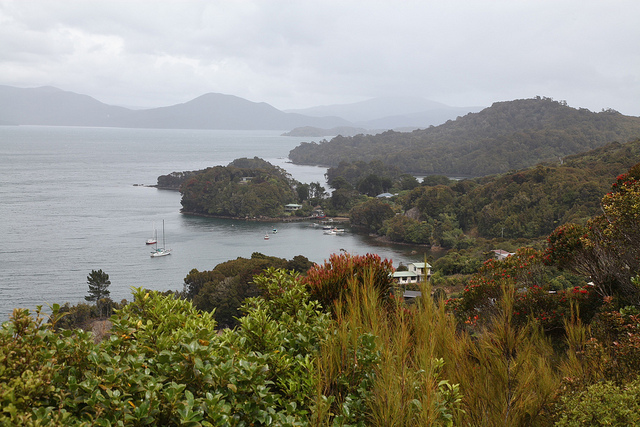 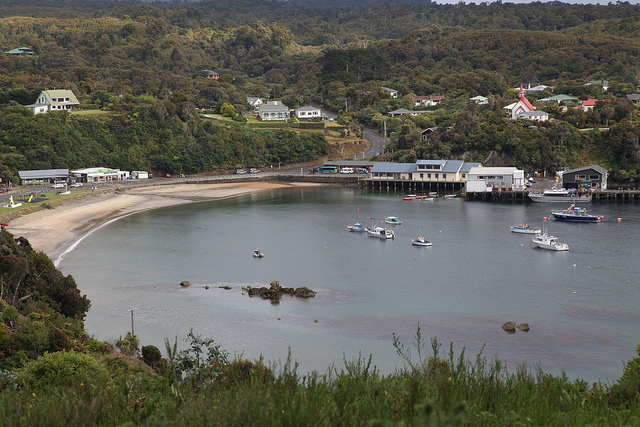 Stewart Island is off the southern end of the South Island of New Zealand, comprising Rakiura National Park and the small town of Oban (population 400ish).

This latitude is referred to as “the Roaring Forties,” and for good reason. It’s alternately sunny, raining, windy, cloudy, clear, or some combination thereof.

Rainbows have been pretty frequent. There were several over the bay as I ate dinner at the South Sea Hotel. They kept shifting with the clouds and rain and sun. 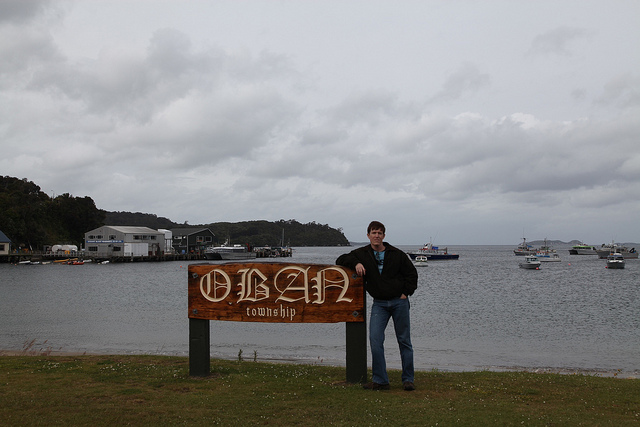 Arrival in Oban, knackered after 23 hours of travel.