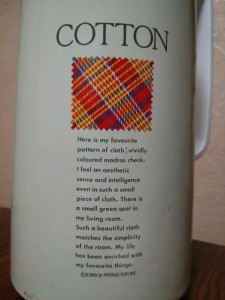 Matsumoto to Tokyo was simple: northeast to Nagano on the limited express, then southeast to Tokyo. After that…

I took the Yamanote line from Ueno station. It loops around the city, so I thought I could get a look at the different areas. All I got a look at was the people standing next to me, and occasionally some buildings and train tracks. And I might have seen Shibuya Crossing. Not sure. So I wasted about an hour looping back to Ueno station.

Now then. I have a membership with Toyoko Inn, which is a chain of inexpensive business hotels. They’re all over Japan. But in order to find one, I had to look them up online, and that meant that I had to find wifi. I hadn’t had wifi access since the fish & chips place in Matsumoto. Starbucks has free wifi, but you have to sign up for it first, which means you need an Internet connection first. If I had that, I wouldn’t need the wifi.

But I had signed up for it, just in case. Now I just needed access long enough to get to the confirmation email that they should have sent.

So I got off at Ueno to see if there was public wifi. Nothing. I walked a few blocks from the station to see if I could see a Toyoko Inn. Nothing. But I knew there was a Toyoko Inn near Akihabara, and that was just two more stops, so I got back on the train and went there.

I couldn’t see anything near the station, but I found really slow wifi in one area in front of the station, which enabled me to confirm my Starbucks registration. There was a Starbucks on the third floor of a department store adjacent to the station. So: upstairs, buy a latte, and…no place to sit. Found a bench in the department store and connected to Starbucks. “Cannot connect because you do not have an Internet connection.” Tried several times.

Back downstairs with all my stuff, including a latte I didn’t really want. Tried to put some of the stuff in a locker, but didn’t have enough coins. Carried everything back to the slow wifi area and got to the page with Toyoko Inn’s address and walked there. It’s not really that close.

They only had a vacancy for tonight. I still have to find a place for the rest of the nights, but at least I have wifi here. 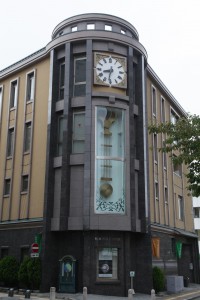 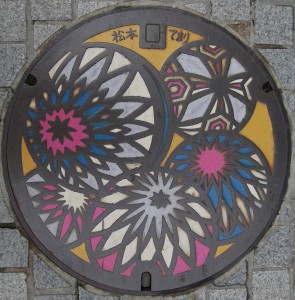 My room is on the third floor — window at the side. 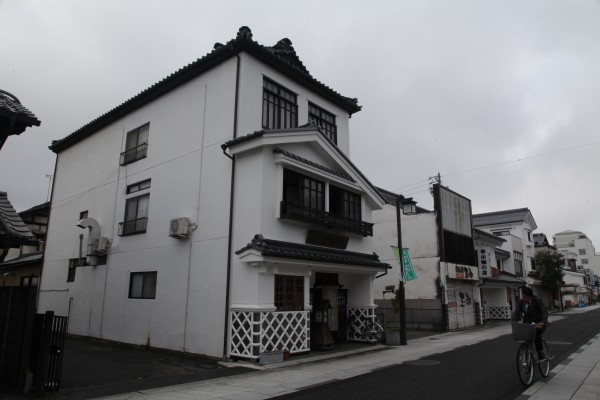 The cool, clear mountain air is more enjoyable when it’s not raining. I borrowed an umbrella and walked to Matsumoto Castle. While most of the samurai castles in Japan are reconstructions, Matsumoto is the original, built in 1593. It’s real, and it’s spectacular.

And it was just as crowded as Kumamoto was, despite the rain. Fortunately, I got there early enough that I didn’t have to wait to get in. But there were already a lot people inside.

You have to take off your shoes to enter the castle. They give you plastic bags for your shoes and for your umbrella. So people were carrying shoes, umbrellas, cameras, purses, small children, and whatever else while they filed through the six stories of the castles. The stairs throughout the castle are extremely steep, so people had to carry all their stuff up these steep stairs while other people were filing down the same set of stairs. On fairly slick wood. In their socks. There were some grips on the steps, but not much. At least we didn’t have to wear slippers.

I sort of attached myself to a group of four people who had an English-speaking guide. They didn’t seem to mind, and I don’t think the guide even noticed.

The line grew considerably while I was in there. 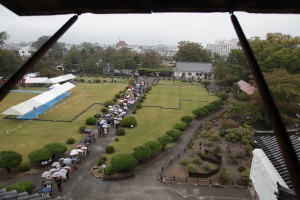 The castle also had an impressive gun collection. I had not realized that the samurai used guns, but they used matchlocks starting in the 16th century and were using rifles and revolvers by the time of the Meiji Restoration in 1868. Of course, they disarmed everyone else.

When I left there was some kind of matchlock demonstration going on, but I never figured out exactly what they were doing. 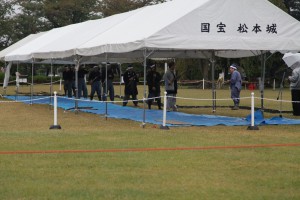 Next to that was a drumming demonstration, which I could hear later on from my room. 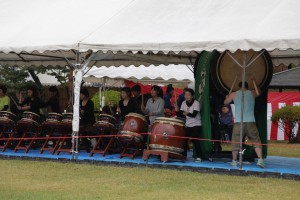 I spent much of the rest of the afternoon wandering around Matsumoto in the rain looking for a samurai house that I never found. I figured I’d be okay if I could keep track of where the river was, but the river branches all over the place. Eventually I found my way back to the ryokan and dried off.

Now I’m having fish & chips at an Irish pub. And how does Japan do Irish pubs? Extremely well. The fish & chips is comparable to New Zealand’s, the service is excellent, and they’re playing the Pogues.

But now it’s time to go back and see if I can figure out a Japanese bath. 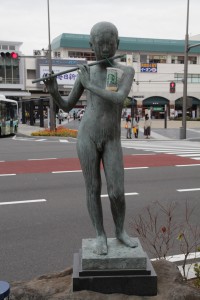 I’m in Matsumoto now, staying at a ryokan and enjoying the cool, clear mountain air. Yesterday afternoon I checked in, had some tea and a little cake thing at one of those low tables in my room, and went out to dinner at a yakitori place (i.e., meat onna stick, but not at all Dibbler-like). I had an ukokkei rice bowl with local aizujidori chicken, chicken skewers with plum sauce, and shikoasa. There was also something in a small bowl that I couldn’t figure out. Mighta been tofu.

The ryokan is an 80-year-old, three-story house with creaky wooden floors and traditional guest rooms with futons and tatami mats. But it’s not too traditional, because the baths are private and you have your choice of Japanese or Western toilets.

The pillow is odd—it’s filled with rice husks—but not bad, and the futon is quite comfortable. The tatami mats have a nice feel when you walk on them barefoot. I had some trouble with the slippers because they were too big and kept falling off. After reading Dave Barry in Japan, I expected the opposite problem. Now I’ve learned to push my feet through far enough to grip the ends with my toes. American ingenuity!

Culinary note: Shikoasa is described as Okinawan citrus wine, but it tastes more like hard liquor. I had two of them, but still managed to find my way back to the ryokan.