From the tunnel we went straight back to the USO and I took the metro back to Bong House.

Although I suppose it makes sense financially, it’s surreal for a decades-long military standoff be the subject of a tour. It’s almost like a theme park.

They were selling these shirts at the Dora Observatory. If they’d had adult sizes, I would have gotten one. 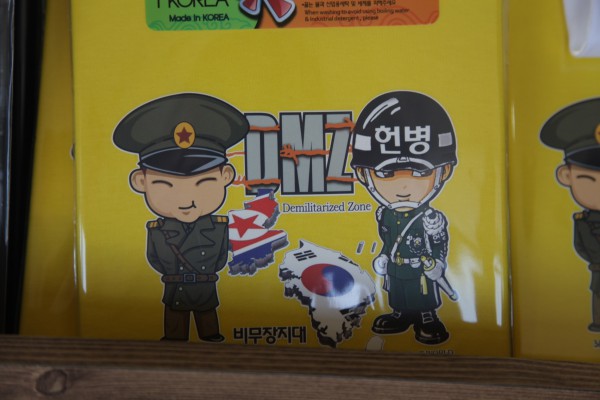 Approximately half a second after hitting my head on a support beam. 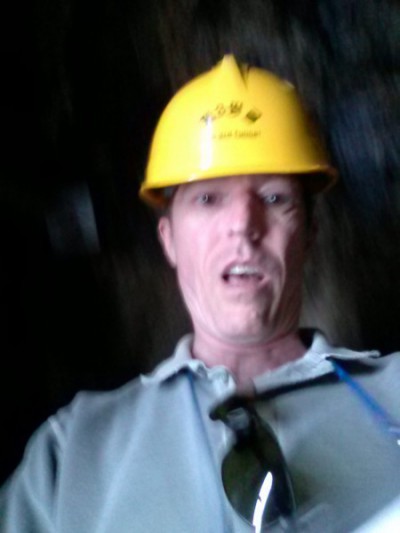 North Korea dug at least four attack tunnels under the DMZ. Three of them were discovered in the 1970s and the fourth in 1990. According to a defector from the north, there were 20 tunnels planned, but no others have ever been found.

We went to the Third Infiltration Tunnel, which is the only one close enough to visit on a tour.

First we watched a seven-minute video with terrible audio that summarized the history of the tunnels. Then we rushed through a small tunnel-themed museum and crossed the parking lot to the tunnel itself.

We all got helmets and walked down the interception tunnel, which was dug by the south to intercept and block the tunnel. It drops 73 meters over a distance of 358 meters. Once at the bottom, we picked up the infiltration tunnel and walked along it until we got to the first of three concrete barricades. There we had a few seconds to look through a small opening to see…the next concrete barricade. Then it was back the length of the tunnel and up the steep interception tunnel.

The whole thing was a bit rushed, although they did allow us plenty of time to buy things in the gift shop.

The infiltration tunnel is between five and six feet high. In some places there are supports in place that made the effective height even less. Hence the helmets. I’m 5’8″ and I had to duck most of the time, and I still hit my head several times. The guy in front of me hit his head over and over again. He didn’t seem to care. He had a helmet, so what the heck.

We weren’t allowed to bring our cameras down with us, so I left mine on the bus. Of course, one does have a cell phone, doesn’t one? 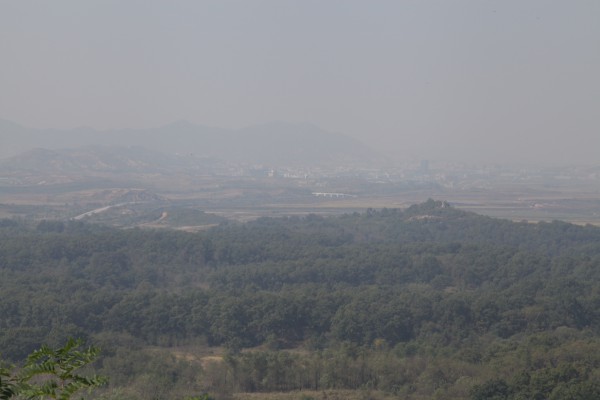 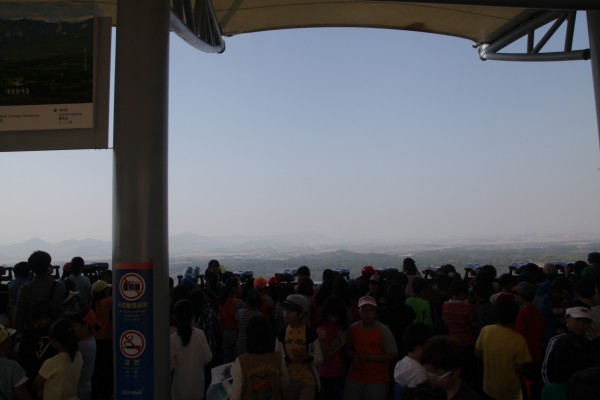 After lunch we went to the Dora Observatory, overlooking the DMZ and the potemkin village of Kijeongdong. Arriving just ahead of us were 72,000,000,000,000 schoolchildren on a field trip. They were hellions too, running around and yelling and butting in line for change (the binoculars were 500 won). Looking through the binoculars simply wasn’t an option as long as they were there. The KPA itself would have had no chance against them.

We were supposed to stay behind a yellow photo line—about 20 feet back from the wall—if we wanted to take pictures. The view from there wasn’t very good under the best of conditions; with all those kids there it was hopeless. But a person might go down to the end, past the binoculars and the kids, and accidentally press the shutter button while the camera was just resting on the wall. And those completely accidental photos might turn out pretty well.

After a while, the children all disappeared en masse. My tour group disappeared too, except for me and one British guy, who noted that our bus was still there. “So at least we’re not stook here,” he said in a distinctly northern accent.

After a few minutes, our group reappeared, and I still have no idea where they went. But no one missed us, and we got back on the bus to go to the Third Infiltration Tunnel. 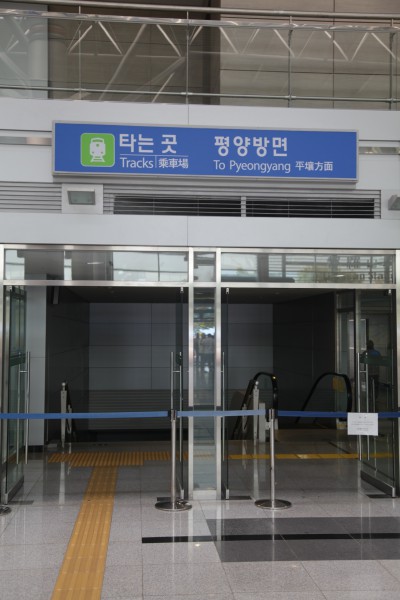 Or rather, where customs would be. 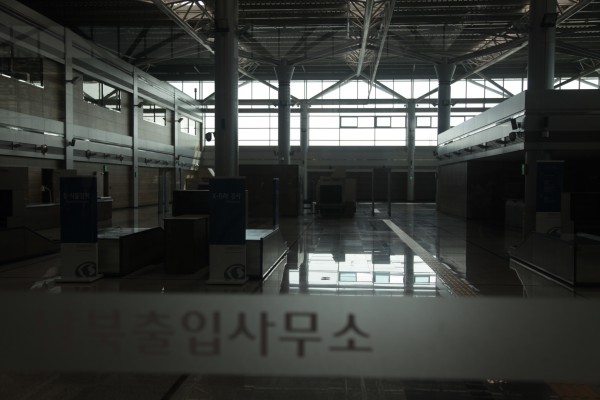 Our next stop was Dorasan Station, the last northbound train stop before North Korea. The tracks are there, and the train ran briefly when relations improved in 2002. Now it’s a mostly empty station that brings a few in a few tourists to buy things in the gift shop.

They made much of the fact that the tracks go all the way to the UK, though that’s not really a journey most people would want to take. Still, it was kind of interesting to see the entry gate to Pyeongyang.

We had lunch (second-worst pulgogi ever) near the toll gate to Pyeongyang. It seems that you can not go there by train or not go there by car. As my old Korean teacher used to say: “Two way to go this one.”

After lunch we rode t the observatory to peer into North Korea itself. 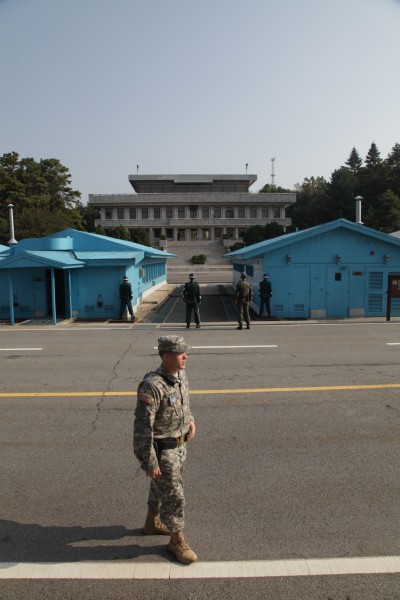