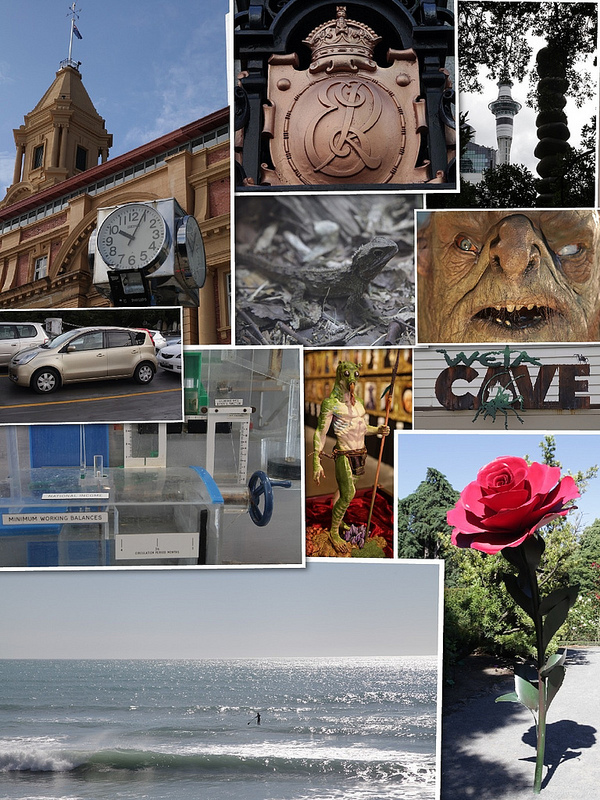 After the glowworm cave, we went to what was called a dry cave (although it was not completely dry). That was the cave with the moa.

It also had cave weta. I wasn’t able to get a good picture because they are not friendly creatures and tend to scurry away. They’re skilled scurriers.

Anyway, I went to Weta Cave and I also saw cave weta. So…um…I don’t know. It sounded more interesting before I wrote it down. 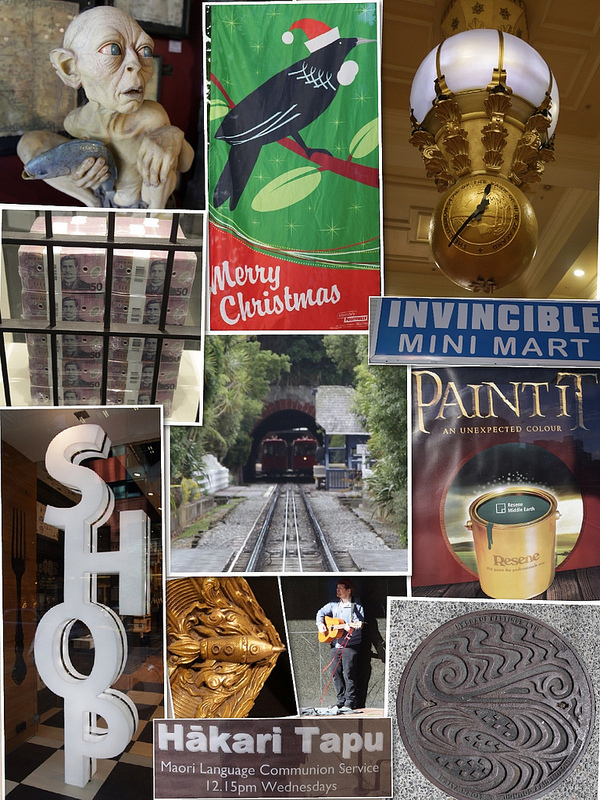 Off to Napier now…

Right after the tour, I saw the Hobbit at the Roxy Theater down the street from Weta. The Roxy is a 1920s art deco theater restored by Peter Jackson (among others). Some of the design is a little different than your standard art deco. 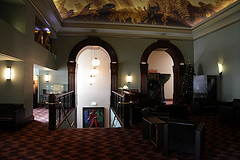 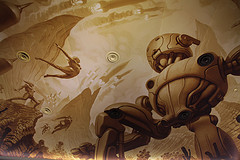 The Hobbit was shown in 3D HFR (high frame rate), which is double the standard movie frame rate. It’s very different and…weird. I don’t know if it’s something I’d get used to. I thought it gave it a sort of video feel, and some of the backdrops looked really flat, even though I’m pretty sure they were shot on location. The only scenes I thought it enhanced were the darker CGI scenes, such as the ones in the goblin cave.

I’m sitting outside in the very strong wind because I have an obligation to my loyal readers to bring them the most up-to-date information possible. Also because it’s the only place where I can get a triple latte and free wifi.

I picked up my rental car (a Nissan Note) yesterday afternoon and drove out to the Weta Cave. It doesn’t look like much from the outside, except for the Komodo monitor by the door. 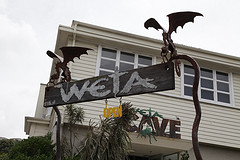 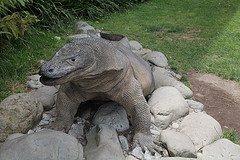 Inside the door is a store that sells prop replicas, collectibles, and t-shirts/books/gewgaws. Prices range from a couple dollars for stickers and postcards to almost $12,000 for a made-to-order replica of Sting. 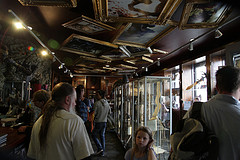 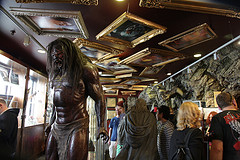 At one end of the store was a mini-museum with props and prosthetics from various movies. 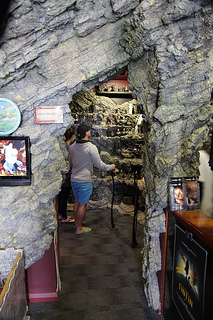 When I was standing in line to buy t-shirts, I overheard someone talking about a tour, which turned out to be this: 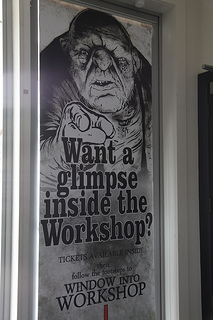 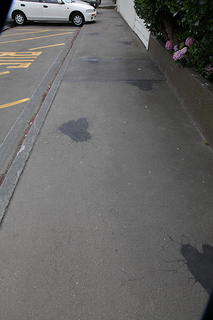 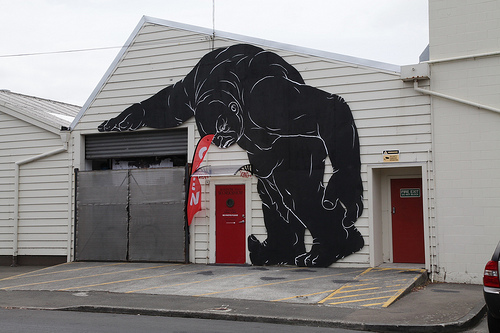 This is a tour of Weta Workshop. They just started doing it in November, so it isn’t mentioned in any of the guidebooks. They have one room set up with props, prosthetics, and models in all stages of development, and you get to see the whole development process. It lasts about an hour. There are also a couple of windows to the actual work areas.

In the middle of all of this was one of the sculptors working on a full-size plastiline sculpture of Neptune, which he described as a “personal project.” He said it was going in his garden.

We weren’t allowed to take pictures, but we were allowed to touch most of the things we saw. 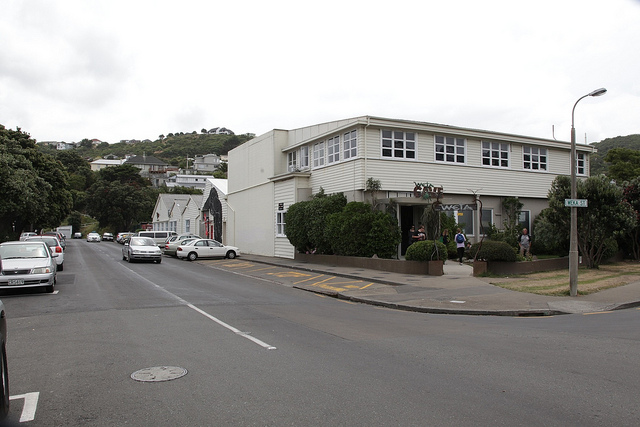 There are a few more buildings up the street to the right. The whole area is mostly residential. 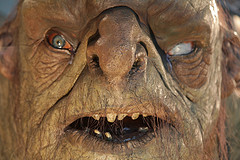 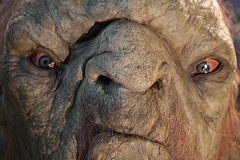 Anyway, there’s free wifi downtown, but that doesn’t extend to my motel, so I have to come down here to use it. I used up all the free wifi at my motel.

And it’s a sunny summer evening, so why not sit outside and write a post about how I’m sitting outside posting about free wifi and my usage thereof?

I really like Wellington. It’s a lot like San Francisco, except that no one urinates in the street.

This morning I had breakfast in the old bank building, then went to the Federal Reserve to see the Glooper. I was too early, so I wandered around in front of the parliament buildings for a while. The Fed curator told me all about the Glooper and gave me a bag of money. I had some time to kill before I went to Weta Cave, so I rode the cable car up and down again and watched the clock in the bank building, then got lunch.

But when I got to the bus stop to go to Weta Cave, I discovered that the bus wouldn’t run late enough to take me back again. Thus thwarted, I walked back to the motel and stumbled upon Dr. Grordbort’s Exceptional Exhibition, which was put together by someone from Weta. Fortuosity.

Now I have to go do laundry before the bus exhaust makes me pass out.