The eel at the little divey place in Akihabara is better than the regular eel in Kyoto, but not as special as the special eel. The quality conger, while indeed exhibiting some quality, was slightly less special still.

The surprise winner of the different types of sushi I tried in Kyoto was the special eel. There was no equivalent Japanese name given. I tried asking for unagi and got another type of eel that was decidedly less special. I don’t know what made the special eel special, but it was definitely a cut above other eels.

The worst was the horse’s mane, which was on the same plate as the regular horsemeat. It was so rubbery that I couldn’t chew it at all and had to swallow it whole. So I say to you: choose your horsemeat carefully.

So far I’ve only noticed this in Kyoto, but a lot of people ride bikes, and all of them ride on the sidewalk. Riding in the street would probably be suicide. Some of the wider sidewalks have bike lanes, but both cyclists and pedestrians completely ignore them and go wherever they want. It doesn’t seem to cause any problems. 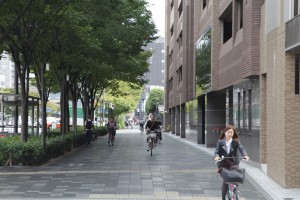 Even if some of the riders look a little shaky. 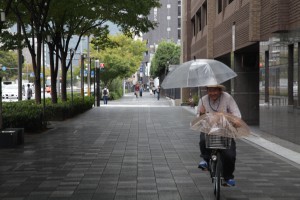 All of the bikes look like girls’ bikes circa 1960. They have fenders and baskets and little bells. a lot of them even have center kickstands like in this photo. 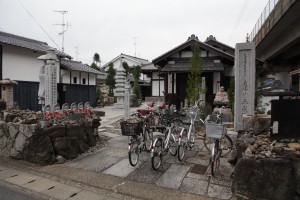 Incidentally, most of those bikes are unlocked. People rarely lock them, even in downtown Kyoto, and when they do, they never lock them to anything. 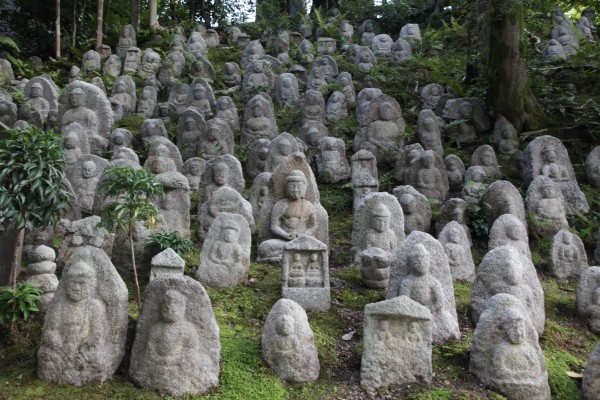 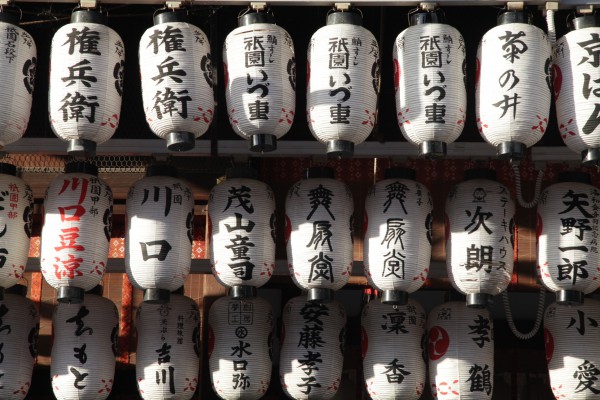 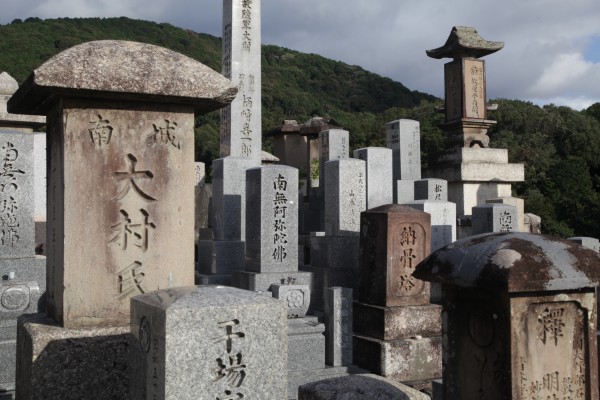 I tried to find Kiyomizu-dera, most of which dates from 1633 and is supposed to be one of the grandest of the Kyoto temples. There are temples all over the place here, and I certainly wasn’t going to see them all, so focusing on two or three of the best seemed like a good approach.

Using my guide book map, I thought I had found it. 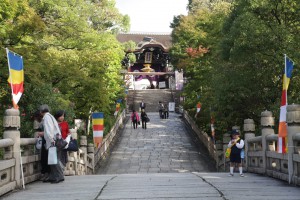 But that wasn’t it. I don’t know what temple that was. So I went out the side and started up the hill. It was a narrow street with houses, cafes, and…gravestones. 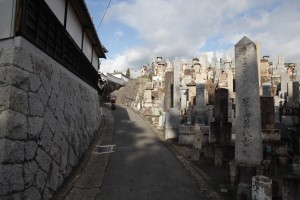 They’re very close together, so either the people were cremated or they were buried standing up. Anyway, they became more numerous until they covered the whole hillside. 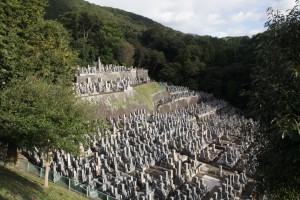 Then there were some steps that passed through a gate… 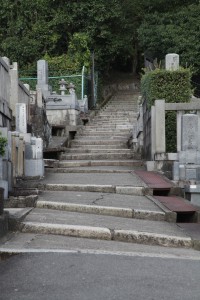 …and I found the temple. 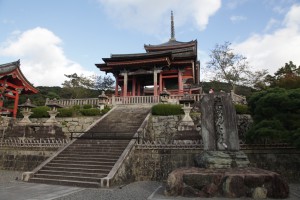 But when I got to the entrance, it was very crowded. 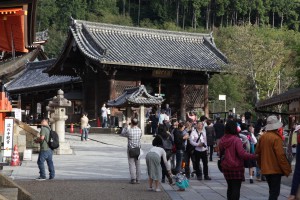 The main artifact of this temple is an eleven-headed Kannon. I don’t know what that is, but anything with eleven heads pretty much has to be interesting. However, they only display it once every 33 years, and the next time is in 2033. I wasn’t going to wait.

So I went back toward where the crowds were coming from. Apparently, that’s the way most people come up. 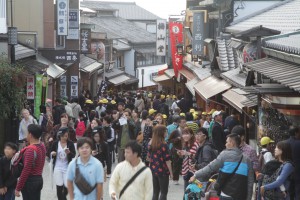 I bought some anpan from a vendor and shoved my way through the crowd.

The side streets were quieter. 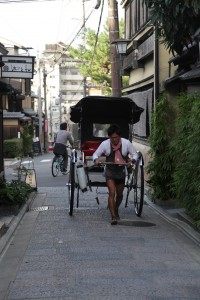 Then I ran across another temple. 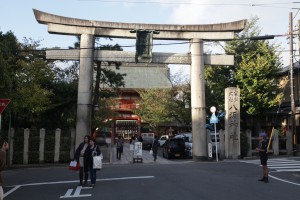 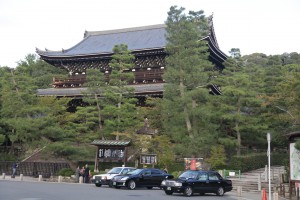 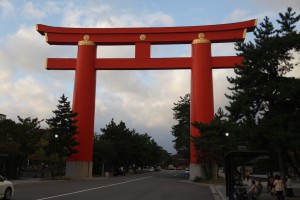 But none of them had eleven-headed things, so I squeezed past the tambourine guy and hopped across the river to get something to eat. 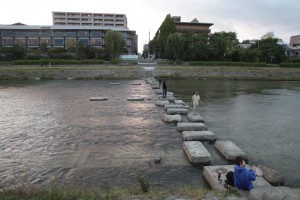 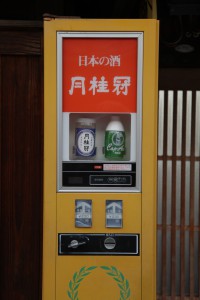