I left Mürren at around 10:00, taking the BLM train to Grütschalp, the cable car to Lauterbrunnen, and another train to Interlaken Ost. I had planned to take a Golden Pass train to Luzern, have lunch on the river, then take a train to Bern, but that seemed like a lot of extra time just for lunch, and it was already noon by the time I got to Interlaken, so I took the train straight to Bern. 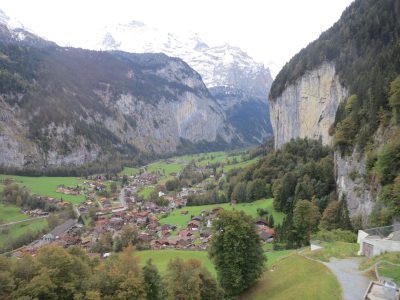 But then halfway to Bern I thought, why not go to Basel? The train goes all the way to Hamburg, so I could ride into Germany, but my Swiss Rail Pass only takes me to the border. Still, I can get off, walk across the border and look around, then take the train back to Bern. I can’t check in until 3:00 anyway.

As it happens, the train station is several miles from the border, but there’s a central tram stop in front of the station with trams that go all over the city. Two of the stops had “Grenze” in the name, so I picked the one that didn’t sound French and got on that tram. I didn’t have a ticket, and I don’t think local trams are covered by Swiss Rail, but I thought I’d see what happened.

The tram actually went across the Grenze and into Germany. 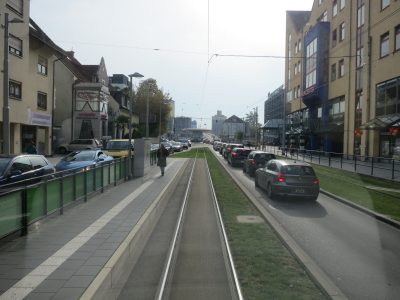 I got off, then realized that it was just going to turn around and go back, so I got back on again and rode back to the train station. 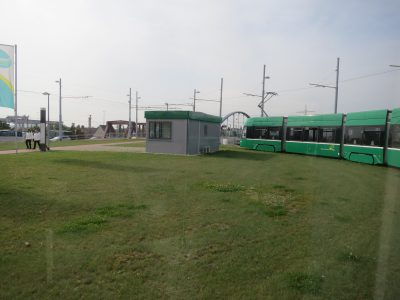 No one ever asked to see my ticket, nor did I see any machine that accepted tickets. But there were machines that sold tickets next to the trams. Weird.

Then I took the train to Bern, where I have the tiniest hotel room I have ever seen. Even the Japanese business hotels were bigger than this. 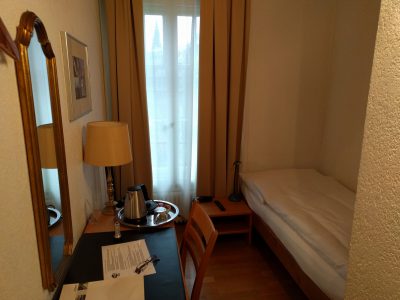 The hotel itself is all faded elegance, with an ancient cage elevator. 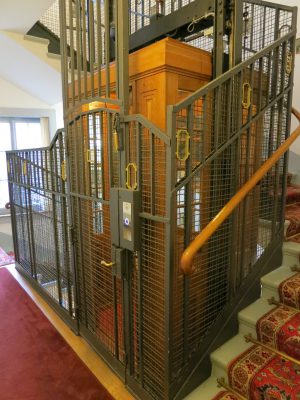 Now I’m drinking a complimentary Schneider Weisse in the hotel restaurant and planning the next day.