The drumming competition fair festival thing is at the left. 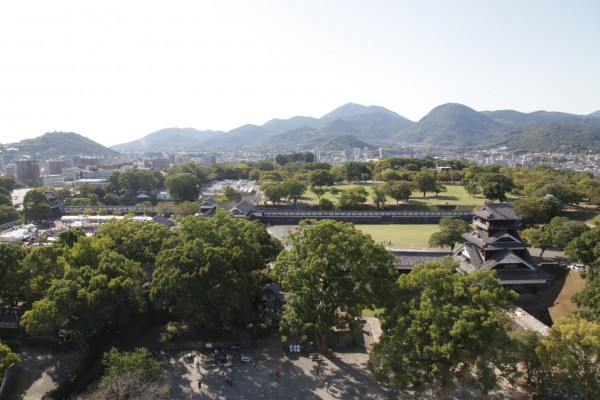 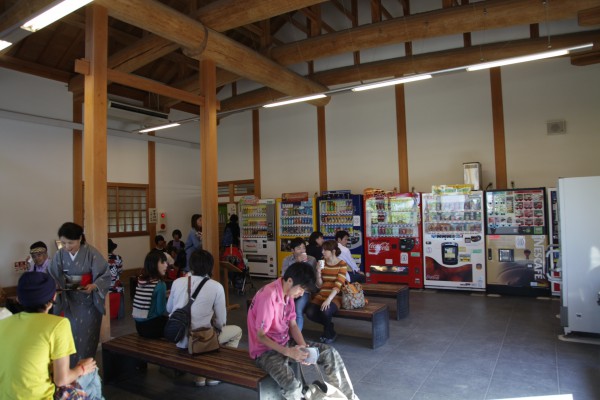 We had to take our shoes off to walk through the house. Flash photography was not allowed, so I had to take several shots to get one that wasn’t blurry. 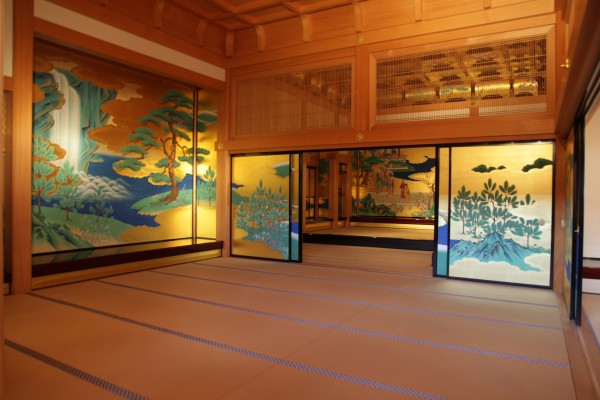 One approach to the castle. 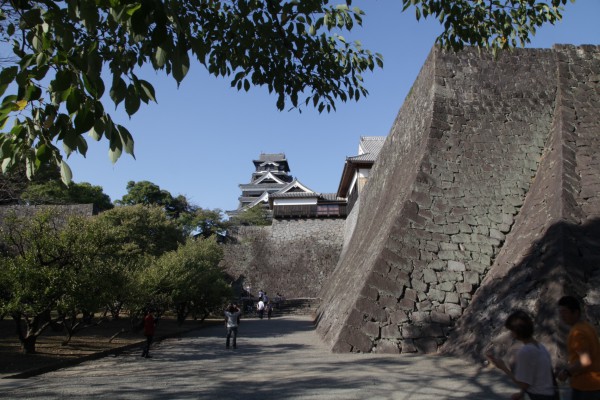 This is the main building, rising from the highest point of the castle grounds. 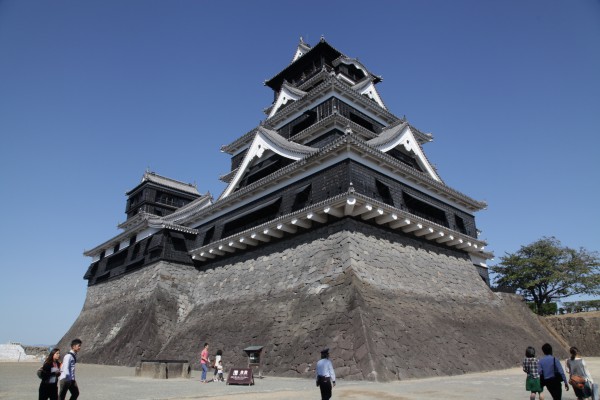 I almost skipped Kumamoto Castle, thinking I wouldn’t have time. I didn’t get into Kumamoto until after noon (I missed one station and had to backtrack) and I wanted to do laundry after the pigeon incident. But I couldn’t check into the hotel until 3:00 and I couldn’t find the laundromat that was supposedly right around the corner*. So I had more than two hours to kill.

Then I saw the sign that said the castle was 440m away.

Well, hell, I walked a lot farther than that in Seoul.

It was well worth seeing. It’s even bigger than it looks, and it looks massive. Originally built in 1607, it was expanded over the years, but then partially destroyed in the civil war of 1877. Most of it is a restoration now.

There was some sort of taiko drumming competition on the castle grounds as part of a weekend festival, making everything even more crowded than it would otherwise have been. But that also meant that there were food vendors, so I just grazed on things all afternoon and evening.

* Kumamoto Laundromat would be an excellent name for a band.