Today I went to the Prague Castle complex. The guidebook recommended arriving early to buy a ticket as soon as they opened at 9:00, which would provide 15 minutes or so in the St. Vitus Cathedral without crowds. It probably would have worked out, were it not for the large Japanese tour group that apparently already had tickets and were ready to go in at the stroke of 9:00. 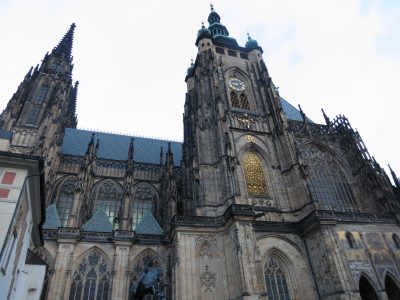 The Metropolitan Cathedral of Saints Vitus, Wenceslaus and Adalbert 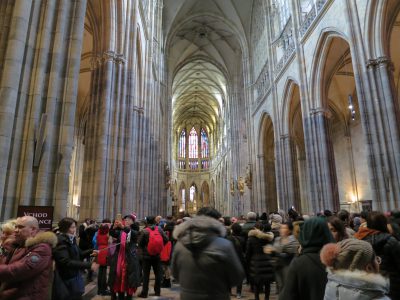 Saint Vitus, according to legend, was boiled in oil along with a chicken. Probably with some onions, too, and maybe a little dill, although the legend doesn’t mention that specifically. 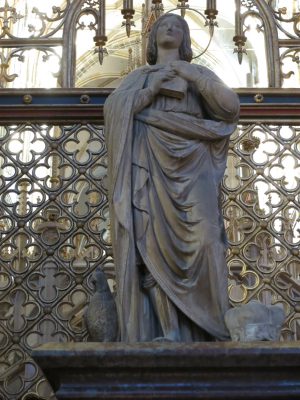 St. Vitus and His Chicken

The bell tower required a separate admission, but if there’s a bell tower to go up, you can’t not go up it. So I did. 287 steps. 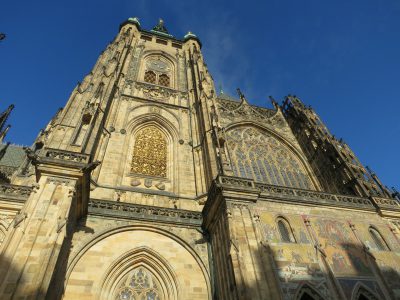 The Bell Tower, What I Went Up 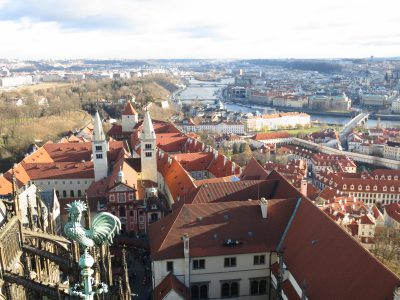 View from the Bell Tower

This gargoyle is dribbling water from its mouth, although, sadly, it does not show up in this photo. 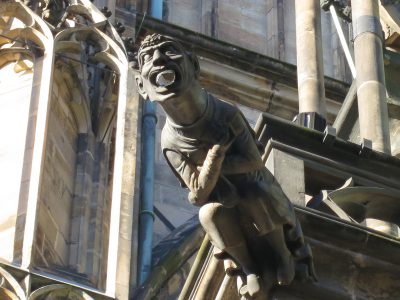 Afterward, I bought some mead in the adjacent Christmas market, and walked down the old village street adjacent to the palace. There was a guy playing Christmas songs on the recorder and flatting the same notes over and over. 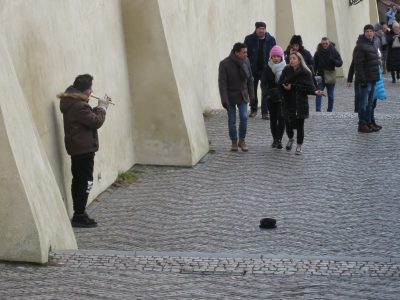 Not far from where I’m staying is a funicular, and a funicular is another thing that must be gone up, so I went straight from the palace area to the funicular, via the #22 tram (310 Kč for three days of unlimited use). At the top of the funicular line is…a completely bogus Eiffel Tower! Petřín Tower was built in 1891 and it looks exactly like the Eiffel Tower as long as you’re not looking very closely. But it is generally Eiffely, and bogus Eiffel Towers are near the top of the list of things that you have to go up, especially if, as in this case, you can pay an extra 60 Kč to take the elevator. 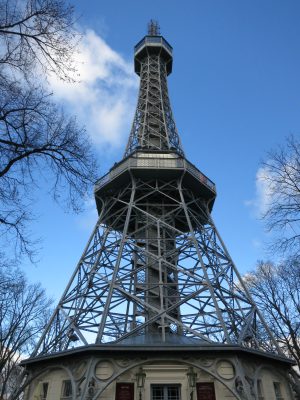 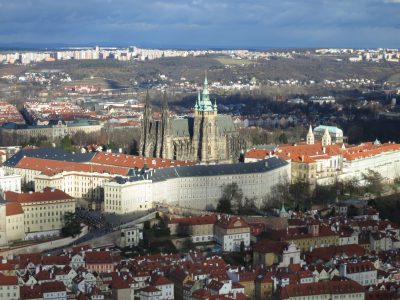 The Palace from Petřín Tower 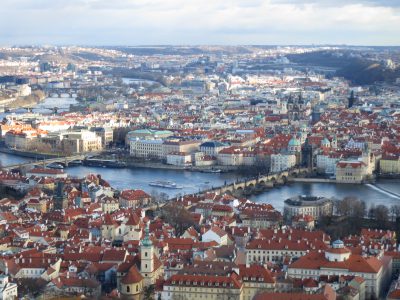 After the tower, I took the tram downtown, intending to go to the Museum of Communism, but instead I just wandered around looking at things and getting food from Christmas markets along the way. 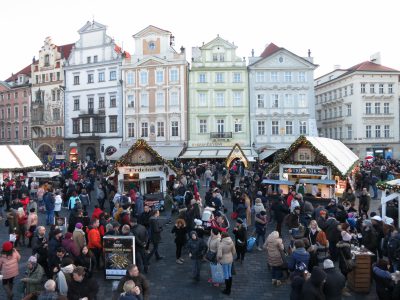 Eventually I walked back over the Charles Bridge and caught the #22 tram back to the apartment. 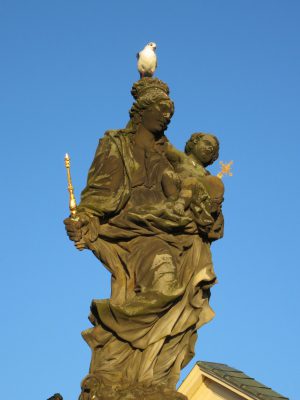 Statue with a Seagull on Its Head