This is the week of the Sonoma County Fair. Anna (youngest cousin) is in the Sonoma FFA and is showing a lamb and some chickens.

After dropping off Clara (French exchange student) at SFO and getting rear-ended on the Golden Gate Bridge, we braved seemingly endless commute traffic to get to the fairgrounds just in time to wait for two hours for Anna’s lamb’s showing. The fair didn’t officially start until the next day and none of the food stalls were open, so we ate the leftover portions of Anna’s lunch and bided our time watching the other sheep and listening to the over-the-top sheep-judging commentary. You would not think there was much you could say about a sheep that is any different than what you could say about any other sheep, but you would be wrong. You can talk about the topline or how well the sheep touches or how athletic the sheep appears to be. There’s a lot of subtlety to sheep that I never fully appreciated.

Anna’s lamb is a 150-pound monster named Spaghetti. He competed in the heaviest weight class with other monster sheep and came in third — just high enough to merit a ribbon. 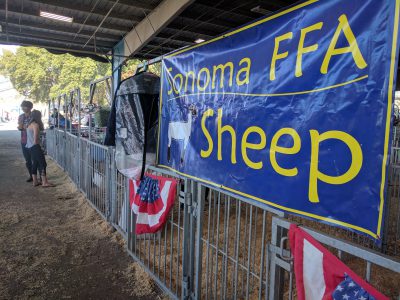 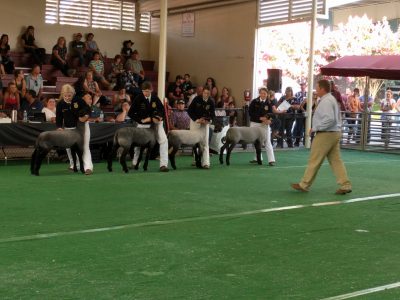 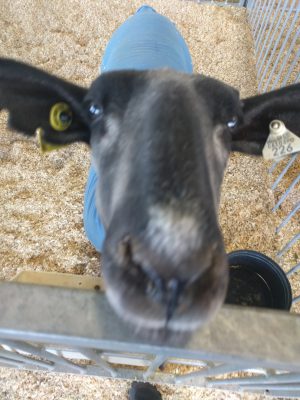 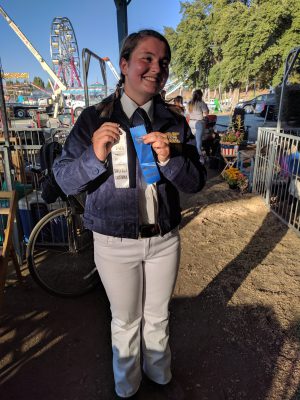