After lunch yesterday, I went to Hell.

Specifically, I went to Haw Par Villa, which is a defunct theme park from the 1930s that includes a diorama of the Chinese Ten Courts of Hell. It was built by the two brothers who created Tiger Balm. 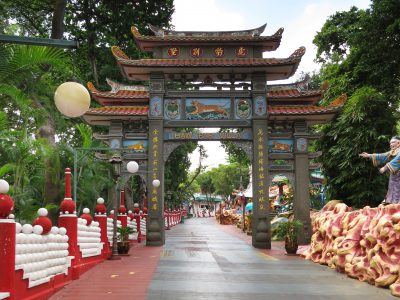 In fact, the whole thing is a collection of dioramas on the side of a hill. There are no rides. You just walk around and look at things.

And the things you look at are weird things. How weird are they? They’re this weird: 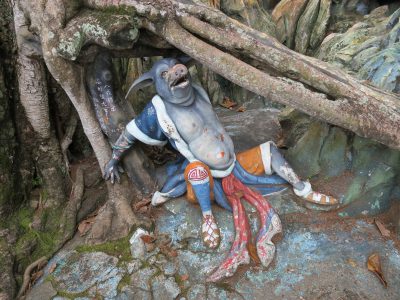 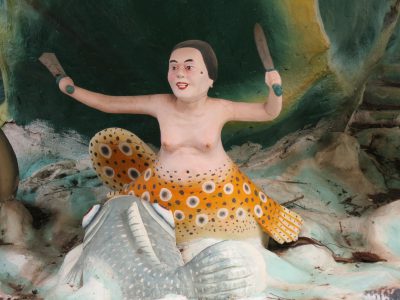 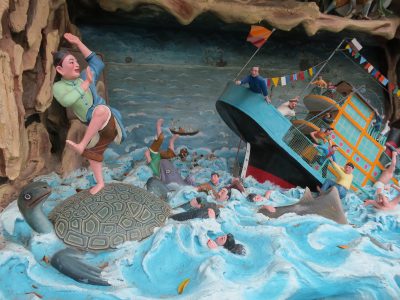 And those aren’t even the weirdest.

That last one depicts the story of a man who rescued a turtle from a market. Years later, the man was in a boat that went down in a storm, and the turtle saved him from drowning. We see the man celebrating as he rides the turtle to safety while his comrades drown.

This teaches children compassion. Toward turtles, at least, if not necessarily toward humans.

All the displays are meant to be instructive, and let me tell you, children would not likely forget what they saw here, even after years of therapy.

The depiction of Hell was the best part, because that’s inside an artificial cave, which allows them to add spooky lighting. 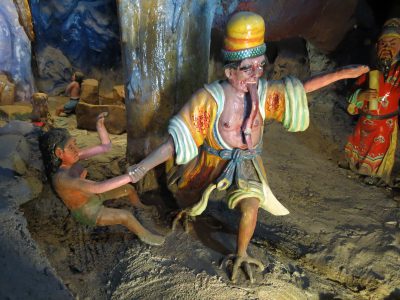 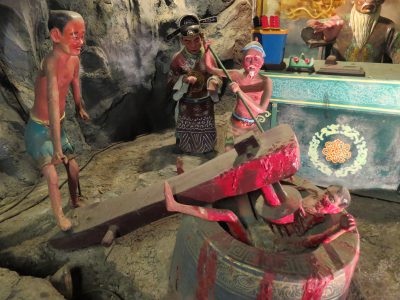 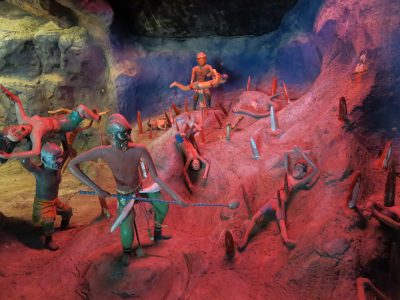 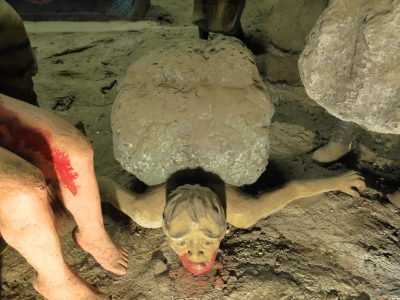 This whole thing is free, with no admission charge or t-shirt sales or requests for donations or anything that would explain how they pay for the upkeep. And it’s well-maintained. You might think it’s new if it weren’t for the fact that no one would dream of making something like this today.

1 thought on “Wandering Through Hell”