My guidebooks all describe Christchurch as “the most British of New Zealand cities.” They show pictures of the downtown area that look like this: 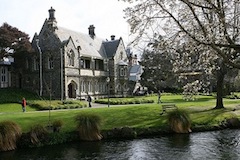 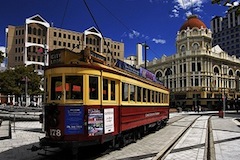 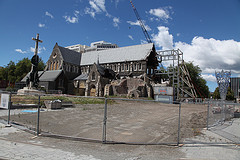 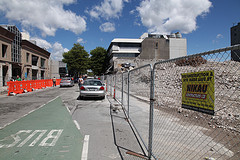 Parts of it are reconstructed, but it’s a big job and they have a long way to go. Part of the reason may be that the government, like governments everywhere, has Grand Plans. They’re going to put in a stadium and a sports center and a performing arts precinct and a new library and several other things that I’ve forgotten. I’d wager that they don’t have the money to do any of it. So the downtown is still in rubble.

That aside, what the guidebooks don’t tell you is that the rest of the city looks more like Los Angeles than Cambridge. They even have agapanthus everywhere. 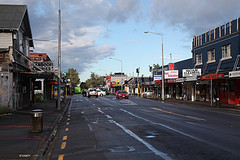 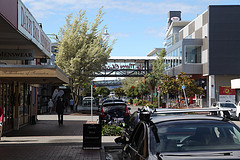 The only thing that’s British about it is that they drive on the left. The rest looks pretty American.